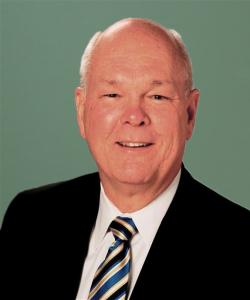 Craig Wruck’s experience in charitable giving spans more than 40 years in leadership positions in both nonprofit and for-profit organizations. He most recently served as Vice President for University Advancement at Humboldt State University. He has also served as Vice President for Advancement at Minnesota State University, Senior Vice President of Development and Alumni Relations at Hazelden Foundation, as well as Director of Gift Planning for the University of Minnesota, and Vice President of Development for The Saint Paul Community Foundation. In addition, he has worked for U.S. Trust Company, US Bank, and Kaspick & Company. Craig is thrilled to be helping PG Calc with his writing and consulting expertise.

Craig received the David M. Donaldson Distinguished Service Award from PGGNE in 1999. He is past president of the National Committee on Planned Giving (now the National Association of Charitable Gift Planners) and has served as a member of its board of directors and as chair of its government relations committee. Craig is the author of Planned Giving in a Nutshell, a practical guide to planned giving for development generalists. He earned his MBA from the University of St. Thomas and his bachelor’s degree in journalism from the University of Utah.