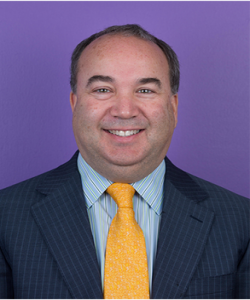 Gary is the President of PG Calc and has directed all aspects of the company since its inception in 1985. Gary has grown PG Calc from a small calculations business to the leading, full-service planned giving company it is today.  A leader in the fundraising community, Gary has spoken on planned gift development, administration, marketing, and technology-related topics to numerous groups, including planned giving associations across the country. Gary served as the Chair of the Partnership for Philanthropic Planning (now CGP) in 2009, was inducted into the CGP Hall of Fame in 2020, and has received the David Donaldson Distinguished Service award from the Planned Giving Group of New England (PGGNE). He received an A.B. in History from Harvard College in 1984 and an M.B.A. from Harvard Business School in 1991.